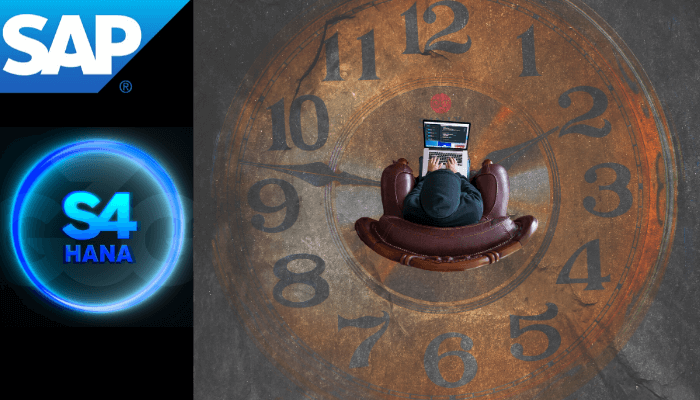 SAP S/4HANA is the software that SAP wants all their ERP users to move to eventually. But such an upgrade is very difficult, and many users are struggling to see the business benefits. SAP has for a long time told their users that maintenance for SAP ECC would end in 2015. However, this deadline has been looming over thousands of companies running their business on SAP software and threatening to switch software as opposed to upgrading. SAP launched S/4HANA on February 3rd, 2015, and then announced the end of maintenance for SAP ECC in 2025.

As per SAP, the ultimate goal of announcing such major changes is to make it simpler for the end customers to ensure driving effective business transformations along with innovation based on SAP S/4HANA. This will provide the customers with improved clarity as well as flexibility while ensuring the much-needed transition from SAP Business Suite 7.

Jens Bernotat –Vice President of Strategy & Portfolio at SAP Digital Business Services for customer support services, along with Americas’ SAP User Group (ASUG) sat down for discussing what the following announcements would mean for the members of the ASUG.

Bernotat said that “we wish to achieve clarity on the respective maintenance strategy for the decision while going forward. The message that we have been delivering in the past is that SAP was looking forward to committing maintenance for the software solution SAP Business Suite 7 until the time of 2025. We have clarified that we will be informing the market within the stipulated time interval what will be happening afterward. The time has come now.”

Geoff Scott –CEO at ASUG, has welcomed this news from the executives at SAP. Currently, it is now offering customers with improved flexibility for planning & executing the respective SAP S/4HANA migrations. He said cautiously that he does not want the customers of SAP for seeing this in the form of a reprieve while delaying delivering any vital decisions on the respective futures.

Scott added that “we have references to resource-intensive, complex projects requiring an in-depth commitment to cultural, technological, and business change. If you have started out on the respective SAP S/4HANA project, it is recommended to keep going. In case you are thinking about making the move, then you should get started right away.”

All You Need to Know About SAP Business Suite 7

SAP is known to provide mainstream maintenance services for core applications under the service range of the innovative SAP Business Suite 7 software solution. As such, SAP will now be including top-end features like SAP Supply Chain Management System 7.0, SAP CRM 7.0, SAP ERP 6.0, SAP Business Suite, SAP Supplier Relationship Management, by SAP HANA by the end of the year 2027 at no additional costs.

Upon deployment, the users will be given two major options

The first option is regarded as ideal for the individuals or business enterprises that might be in the process of ensuring a move to SAP S/4HANA but require more time. As such, these business organizations can look forward to opting for the typical 3-year extension at some premium of 2 percent points on the existing maintenance scenario. The given option is known to expire by the end of 2030. After this, the end customers that have not yet moved to the SAP S/4HANA structure will be automatically falling in the second option.

As per the second option, the customers who do not wish to extend overall maintenance support will be automatically transferred to the customer-centric maintenance model. This model has been in execution for several years on previous releases of the high-end SAP products. While there is no additional charge for the given option, it comes with specific restrictions. For instance, it offers support only for well-known issues while not including any major legal patches.

Bernotat added that the maintenance extension will be made available to the customers towards delivering improved flexibility while driving the respective businesses forward. As has been said before, no customers will be left behind. Therefore, there is the presence of a clear roadmap to allow the customers to continue moving forward.

SAP Committing to SAP S/4HANA for the Longer Haul

Moving to the all-new SAP S/4HANA is a major step. It requires more cost, time, as well as resources for any given organization out there. SAP is known to recognize this fact. The company is well-aware of the fact that if it will be asking the customers to commit money, time, and energy. Therefore, SAP is known to provide commitment at the same time.

The provision of maintenance for the all-new SAP S/4HANA until the time of 2040 would represent its commitment to the respective customers along with that to the partners. Thus, it is regarded that SAP is in here for the long haul. Bernotat added that as now, they are making a long-term commitment to SAP S/4HANA to be as precise as possible. The experts are committing to long-term maintenance solutions to the platform such that the end customers will be assured of absolute planning & security going in the forward direction.

Bernotat has also made it clear that the presence of the all-new window does not imply that after the year 2040, maintenance would stop automatically. Instead of the company committing to around 2040, the company also aims at re-evaluating the commitment as the right time approaches. In addition to this, he stressed on the fact that the commitment gets fulfilled with the series of releases that have been laid out in the respective SAP S/4HANA Release & Maintenance Strategy.

Towards the execution of SAP S/4HANA

In the modern time, around 14,000 customers have already purchased the respective SAP S/4HANA licenses. As per the industry experts like Christian Klein, over 7,000 cases are already live. As more companies out there aim at planning and starting on with the given move, they will soon realize that SAP is going to put its money at the location of its mouth with the help of the all-new ERP platform. Bernotat added that what we are observing from our customers serves to be a clear momentum towards the execution of SAP S/4HANA.

Moreover, he mentioned that the experts appreciate the fact that this could be the future path for the respective organization towards revolutionizing and driving forward the respective business models along with major business processes.

What is the Future for SAP S/4HANA?

The user groups of both America & Germany have given indications that customers are getting more inclined as well as ready to ensure moving to SAP S/4HANA.

Scott from ASUG reported the same while announcing the study results for the exclusive ASUG Pulse of the Customer 2020. He noted that the respondents are capable of recognizing the efficiencies as well as values of migration to the SAP S/4HANA module before the retirement date in 2025.

With the help of the available extension, now SAP is in the hope that the respective customers will have more time as well as flexibility towards fully embracing the available opportunities for SAP S/4HANA. This is to be considered at the individual pace while analyzing the overall complexities of the project.

Bernotat added that such complex projects are known to take time. As such, they would want the respective customers to master the respective business transformation for SAP Business Suite 7 to the respective SAP S/4HANA.

Furthermore, the customers are expected to be aware of the fact that the industry experts are going to support the given transformation while delivering improved clarity and security as they need to move forward.

Why Make the Announcement Now?

As per the industry experts, SAP is known to believe as well as understand the fact that a proper move to SAP S/4HANA is not just about replacing modern technology. Change is required in an organization to allow them to operate the respective business tasks. SAP aims at deliberately delivering a longer time frame to the users to bring about improved flexibility. As such, extended maintenance serves to be an acknowledgment of the given fact that every customer should adopt the all-new technology at various paces based on the respective business requirements.

Essentially, customers of SAP are known to indicate the occurrences of major business transformations that possibly underway. These transformations are underway and required to observe the capabilities of SAP S/4HANA. While these organizations would like to move to the SAP S/4HANA model, they would require the investment of more time for making the transition. As such, SAP wants such customers or businesses to decide exactly when & how they are going to achieve the same.

The timescale of SAP user organizations migrating to SAP S/4HANA

A survey was conducted by the UK & Ireland SAP User Group (UKISUG) which comprised 467 SAP user organizations to identify the time they would be taking to implement SAP S/4HANA. The result concluded that 52% planning to migrate within the next 1-2 years, 38% in the next 3-5 years; only 9% are in the process of doing so, and just 2% are live.

Americas’ SAP User Group (ASUG) carried out a survey too where the results did not differ greatly though! showed that 56% are planning to make the move to SAP S/4HANA. Yet, some haven’t even started the process. Whereas, 32% have made a start or are already live, and 12% aren’t planning to switch at all.

Besides that, recent research from an SAP insider reveals the support needed for bringing about a change in the given maintenance timeline. As per the results of the survey, it has been indicated that while the total number of customers having no plans to make the move to SAP S/4HANA has been reduced from 29 percent in Q2 to reach to 21 percent in Q3, a major number of SAP customers look forward to making the migration in the coming times.

Reasons for not moving to SAP S/4HANA?

The UK & Ireland SAP User Group chairman Paul Cooper told Computer Business Review that: “Lots of people are struggling with the business case and it’s always hard when there’s a hard deadline. This is the date people do start to focus on that. But then when you go to see your CFO, it’s about the bottom line, isn’t it? Therefore, you’ve got to be able to put the business case on the table because you know that upgrades are not insignificant.”

Click here, for the SAP press release on its innovation commitment extension for SAP S/4HANA.  If you want to know whether you should upgrade or not, check out our Ultimate S/4HANA Upgrade Cheat Sheet!

Upgrade your SAP ERP solutions to S/4HANA with our S/4HANA Upgrade Package. Get in touch with us today! 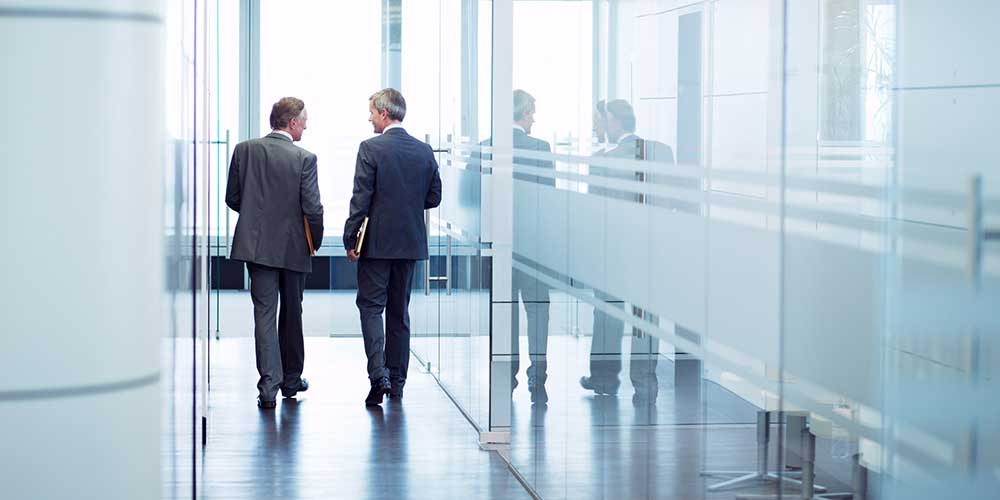 SAP Business One runs currently on either MS SQL or SAP’s proprietary, in-memory database HANA. SAP B1 on HANA has been available for quite some time now, but only recently companies started to show a greater interest in the B1 HANA version (over the still more popular MS SQL version). There are many reasons why SAP customers choose SAP HANA as the database, even though the deployment of in-memory technology... 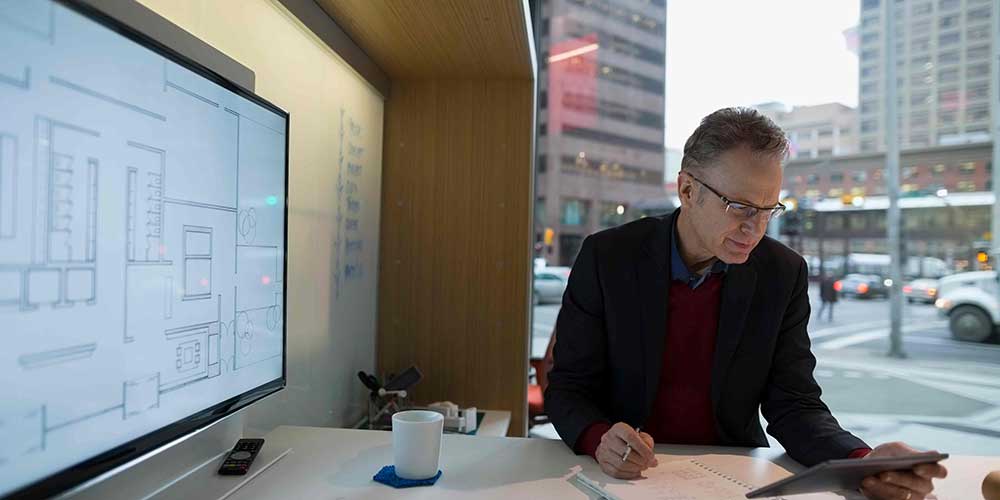 SAP Business One on HANA is the ERP solution for SME’s that require a software which not only runs day-to-day transactions such as journal entries, sales and purchase orders or helps to control inventory movements, but also provides real-time insight into business performance with ad-hoc reporting tools, dashboards and pervasive analytics. SAP Business One, version for SAP HANA has a number of in-built functionalities that are not available on the...

Quickbooks vs SAP Business One – Should You Consider To Upgrade?

Some facts about Quickbooks Quickbooks is a wildly popular financial management software. In 2015 they had 80% of the market share with 29 million small businesses in the US, and QuickBooks is still growing strong. They have currently over 2.2 million subscribers for QuickBooks online, a very big number of which is Self-Employed users. Those users are a very strong focus of Quickbooks in their overall strategy, but specifically for... 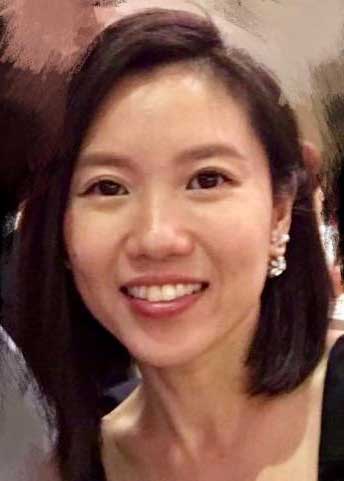 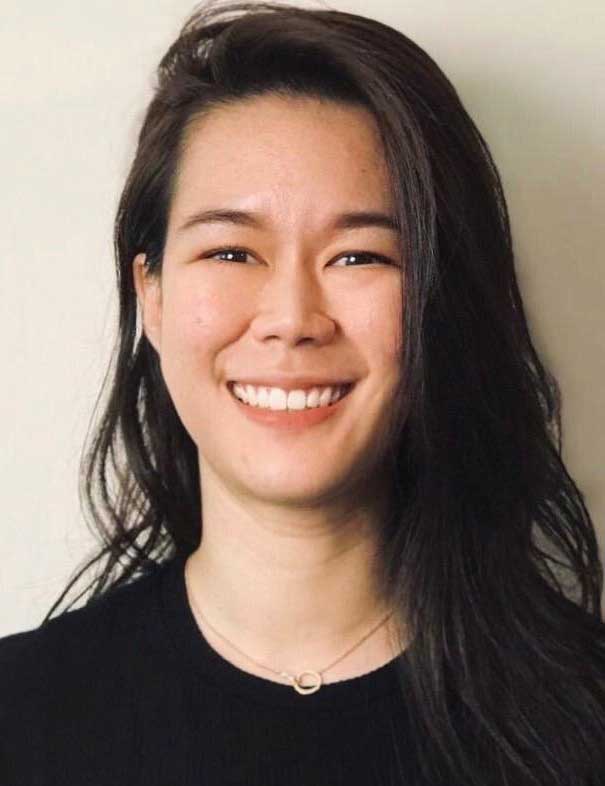